For a while now, I used various video editing software to render personnal videos. I started with Pinnacle v8 a few years ago and switched to iMovie ‘09 when I got my MacBook Pro. I never got used to that GUI. This is why I switched to Final Cut Express quite fast and kept using it for a while. Now that I’ve upgraded the MBP to Lion, I was expecting better graphics acceleration with newer software version. The thing is, Final Cut Pro X is quite expensive. So I bought iMovie ‘11 and wanted it to look like software I was used to using. Here’re a few steps to walk to have iMovie look like Final Cut.

First of all, let’s have a look at the default iMovie ‘11 layout. 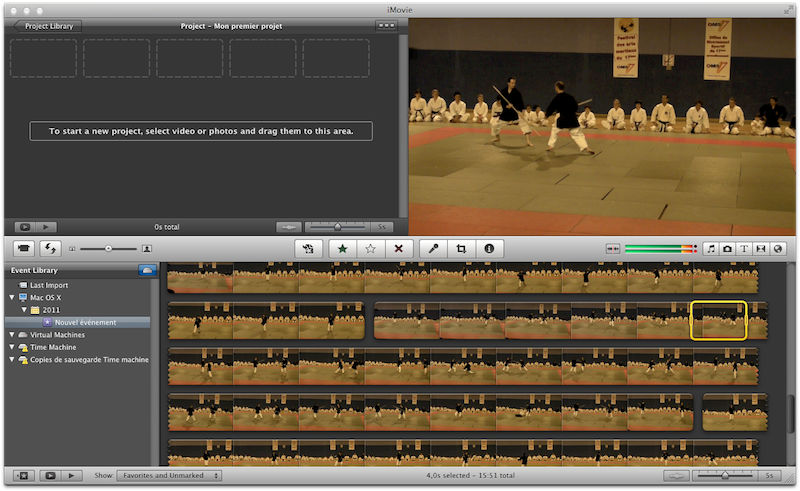 There are several things that I don’t like much:

Have a bigger timeline section 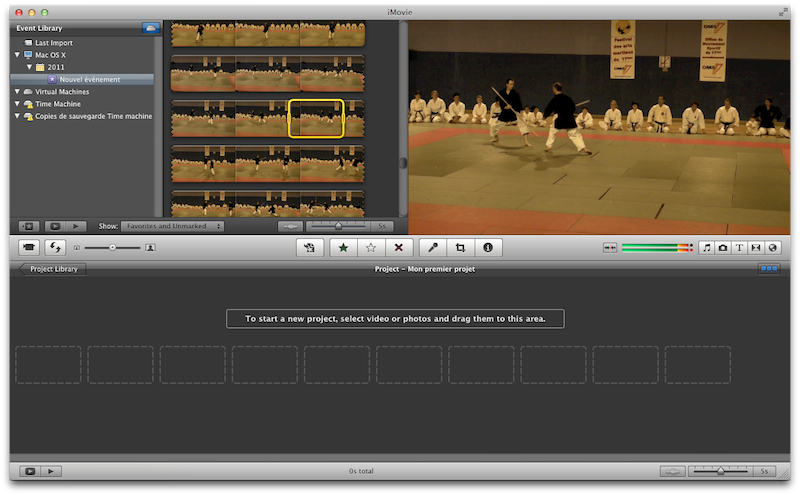 Second step is to get an horizontal timeline scrolling rather than the default vertical one. I couldn’t find the menu action for it so just click the “three grey squares” button on the right side of the middle command bar. It will turn that button into a “three blue squares” button and setup a continuous timeline. 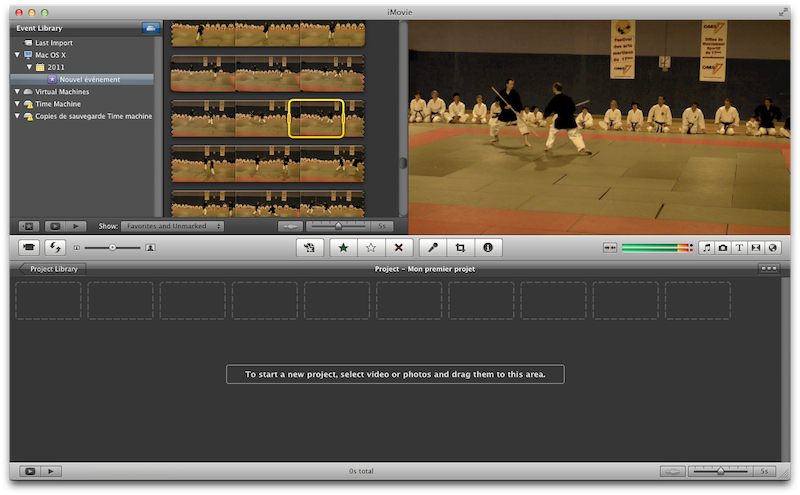 You won’t see much in my screenshot as I didn’t drop any video in the timeline. But you’ll see the difference when you’ll do so.

Next thing I did is enabled some advanced tools. In the “iMovie” menu, select the “Preferences” option. In the “General” section, check the “Show Advanced Tools”: 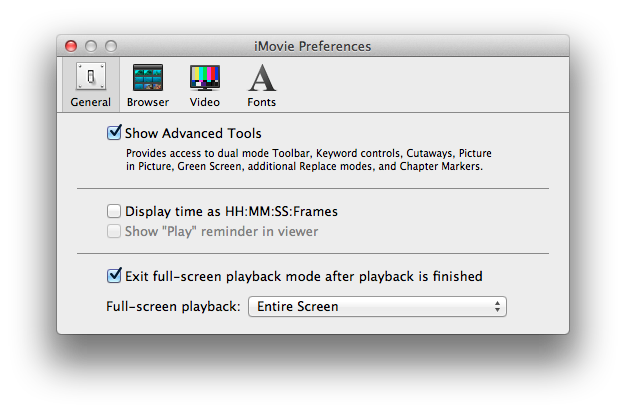 You will then have access to whole set of advanced tools.

I think what I hate the most about iMovie are the clips thumbnails. By default, a clip is subdivided into 5 seconds parts. This mean when you have 3 clips of 1 minutes each, you get a whole lot of video thumbnails rather than just 3. Once again, I didn’t found the menu setting for it but you can just use the slidebar that seats beneath the clips window. Slide it until it is set to “All”. 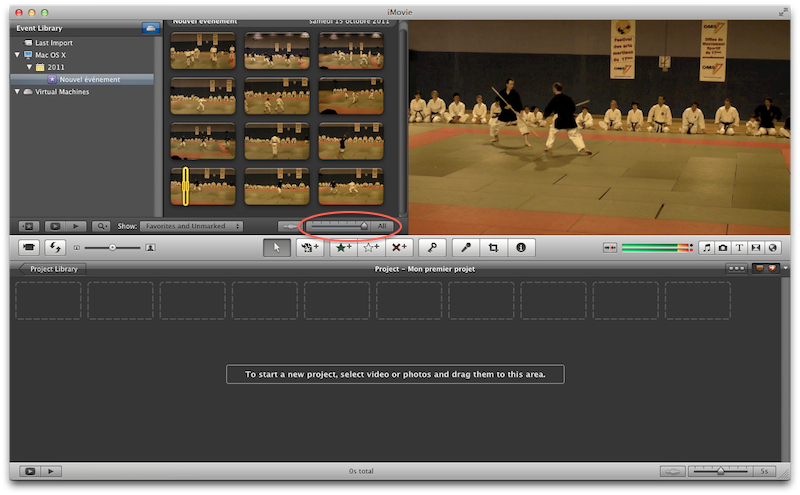 Hurrah! Now you get a single thumbnail per video clip.

Should you want to deal with the audio tracks of the video you selected, you can have it shown under every clips. For each clips in your timeline, right click a clip and select “Detach audio”. 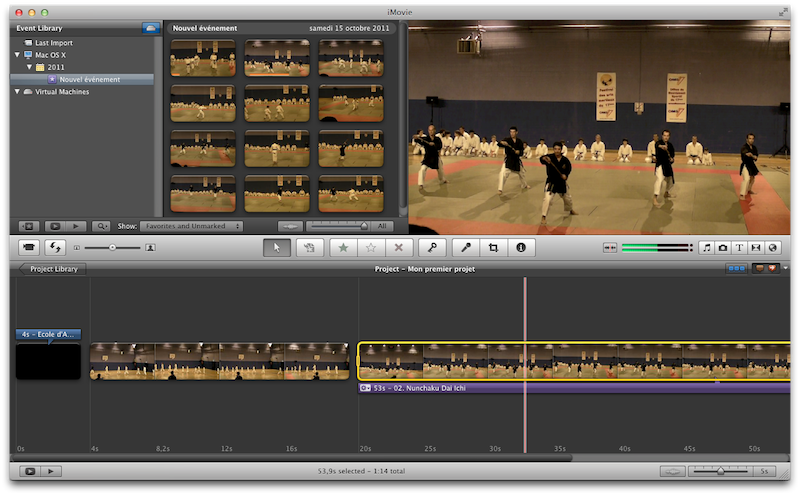 Use the oscilloscope button, at the bottom of the timeline bar to get bigger audio tracks. That will enable easy volume modification. As I did from the clip tumbnails, you can shorten the timeline thumbs so that you only get a single thumbnail per video clip. 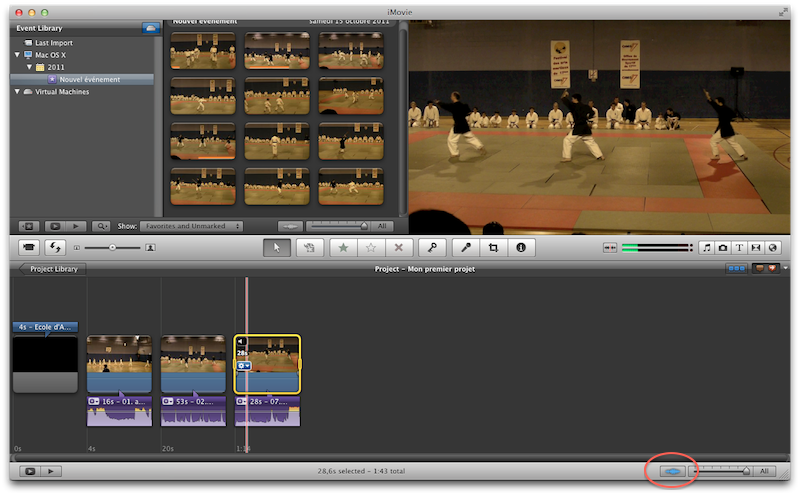 After those few steps, here’s what iMovie ‘11 looks like: 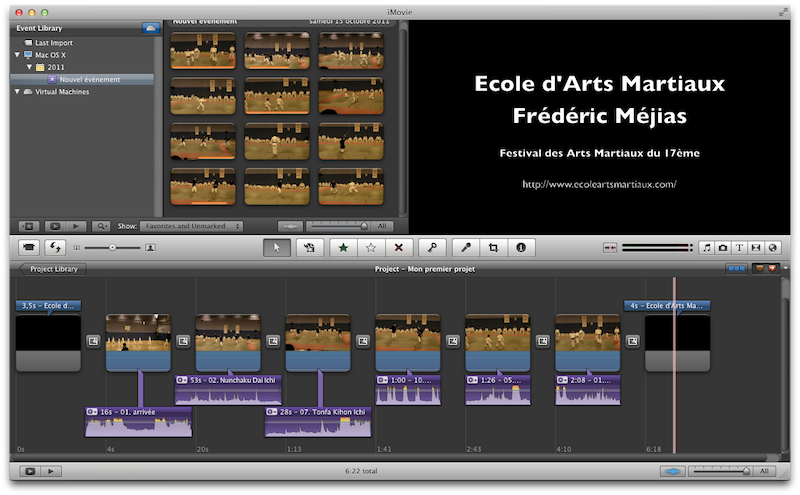 This is a layout that really fits my needs and way of working.