I got an ICYBOX IB-RD2262USEb RAID Enclosure for 2.5" HDDs to plug some of my spare SATA disks into my Mac.

Then, by default, after a partition wipeout on both disks, here’s what the MacBook sees: 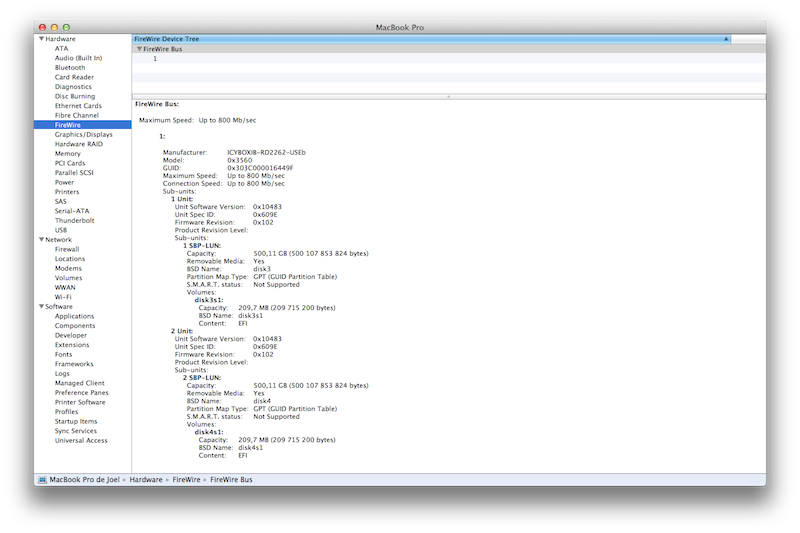 From the provided CD, you get a software named “RAID Master”. The installation will require a Mac OS X reboot. Here’s what it looks like when RAID_MASTER_Mac v1.6.8g is installed: 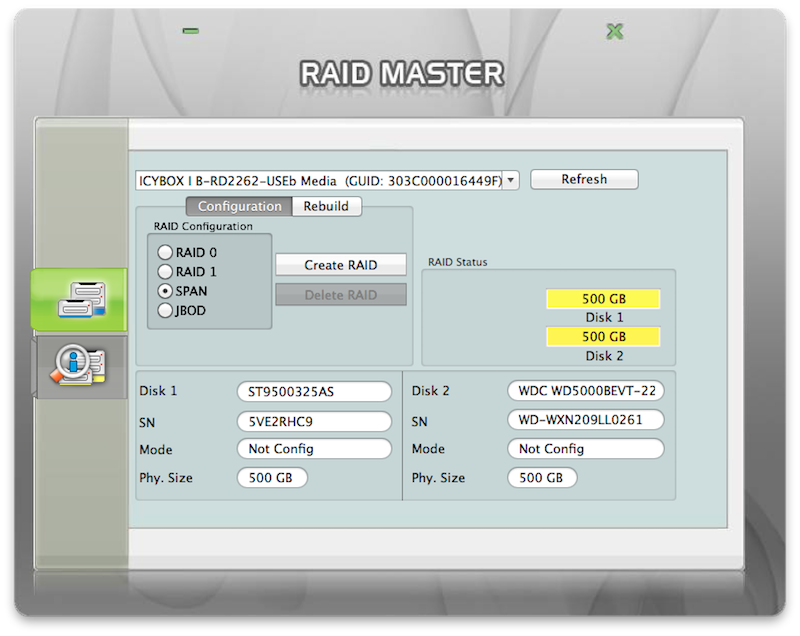 I create a RAID0 device, using the “RAID 0” option and “Create RAID” button. After a few seconds, the “The disk you inserted was not readable by this computer.” message appeared. I clicked “Ignore” and had a look back at RAID Master. Here’s what it looks like in RAID Master and Disk Utility: 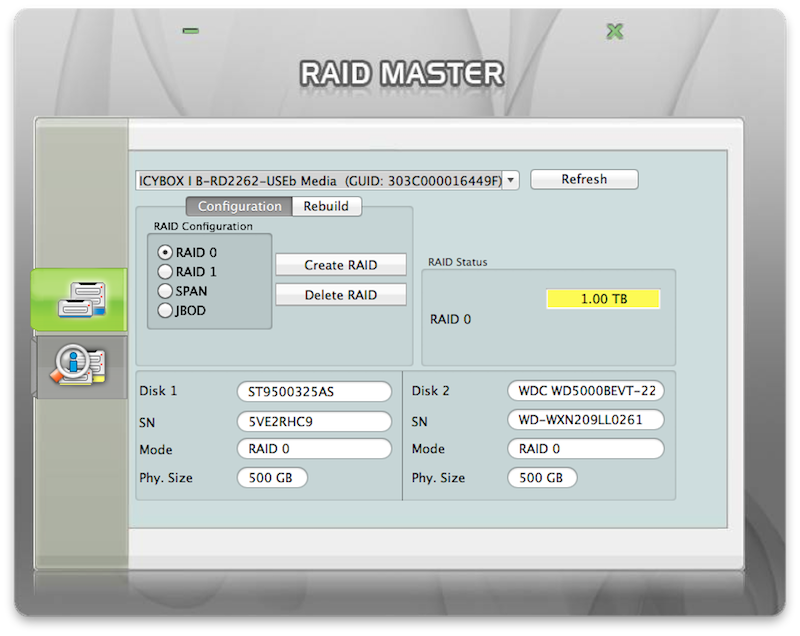 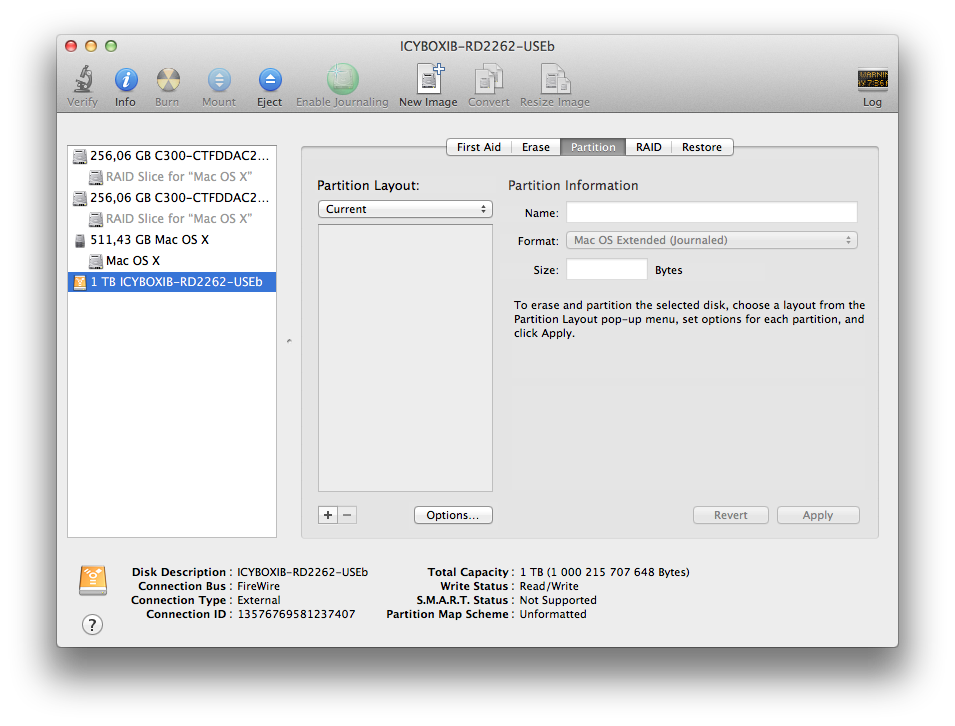 Creation of the partition is then done as usual.

I’ve booted my rescue USB live OSX, without RAID Master software, and the disk is still recognized but that system. This means, once created, you can read the RAID from any Mac. Quite nice: 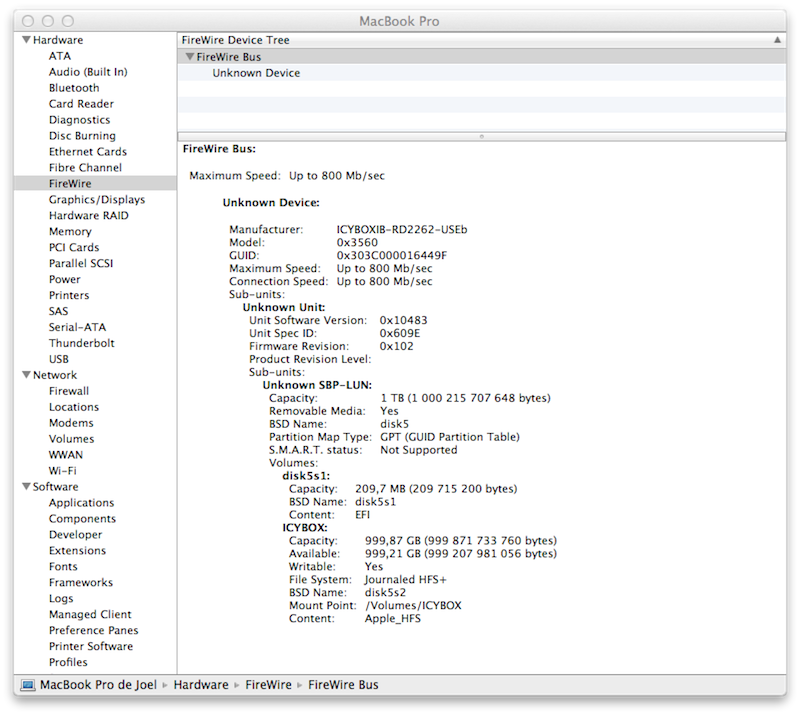 The RAID disk is even seen as a single disk by the Lion recovery partition.

All in all, I’m really happy with that box!

Full details about the enclosure can be found here .