It’s been a while since I owned a Sun Ultra 5, back to 2002. It has run many OS, mostly BSD flavoured, and served me well in many cases. It has been tweaked a bit: add a Quad HME card, replace the CD-ROM by a CD-RW burner and replace the fan and PSU by silent PC parts.

I’ve just powered it on and it is indeed quite silent. I really would like to use it again… if it wasn’t needing 61 Watts (more than a Mac Mini G4). So here we are, a last OpenBSD install before I find a new home for it. 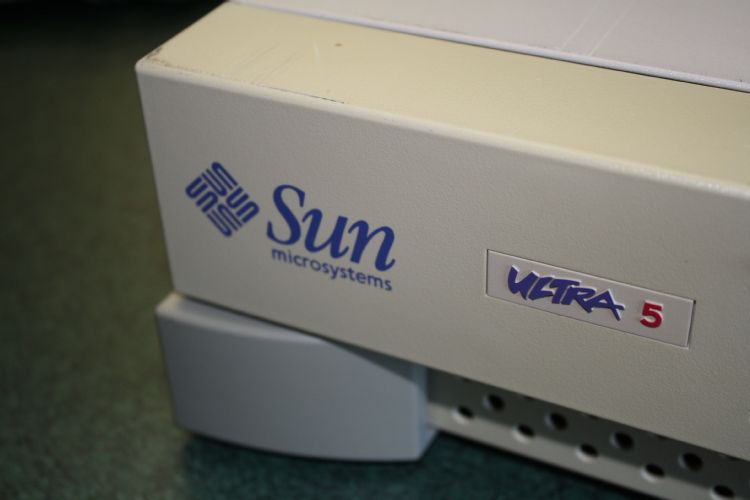 First thing I had to do was to get something out of the VGA display port… I used to use serial console as this was easier for server management. But finding the right cable now is mostly impossible… To reset the PROM and get the “normal” configuration back, it is as simple as reading the NetBSD SPARC FAQ : Power off, power on, hold [STOP]+[N] until the PROM prompt.

Now second thing was to get the PROM prompt to stop trying to boot on the IDE disk I plugged. I found the answer on some Solaris Forum: hit [STOP]+[A].

Finally, read the OpenBSD INSTALL.sparc64 document and feed the CD drive with the OpenBSD/sparc64 CD. Hit boot cdrom on PROM’s prompt and voilà!

Process the installation wizard as usual and you get an OpenBSD system in a few minutes:

And, for the fun, watch the babe running there: OpenBSD 5.1 on Sun Ultra 5

After all this years, that machine is still working.