Raspberry Pi can be used with a prepared OS, booted up and just used. But when it comes to customising or doing something else than what was planned, you may need to use the console. And that requires a TTL adapter connected to the GPIO. The thing is, using MacOS is not as straightforward as I thought. So here are my notes.

I’m using a Raspberry Pi 3 Model B V1.2. But according to the documentation, the console pins are the same as previous models.

To be able to connect to the GPIO, I use a USB to TTL Serial Cable. I got mine on Amazon but the model is the same as the ADA Fruit 954. 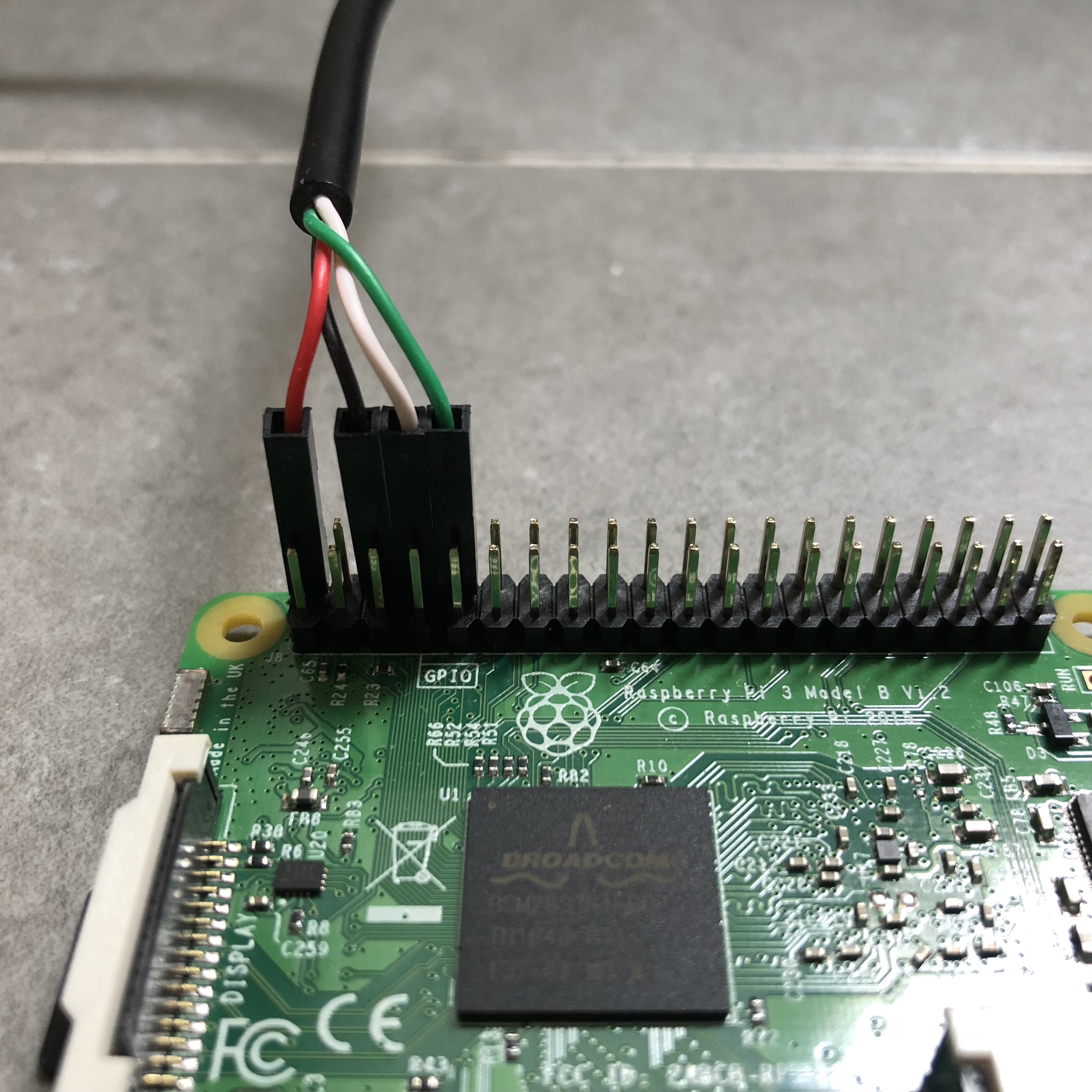 For a first try, I used a preconfigured documented system: Raspbian. I got the image from their website and used 2018-06-27-raspbian-stretch-lite.img

I inserted a MicroSD in the HyperDrive Hub of my MacBook Pro and opened a MacOS Terminal:

There is a tweak on MacOS to get access to the console. AFAIK dealing with disabling RP3 bluetooth. So I plugged the MicroSD card back in MacOS and wait for it to mount the MSDOS partition. Then I edited the config.txt file, saved it and unmounted the MicroSD.

The MicroSD card can then be plugged in the Raspberry.

Thanks to the hardware I got and the Internet documentation, plugging the cables was really easy. Just have the black cable on pin6, the white cable on pin8 and the green cable on pin10. If the red cable is plugged on pin2 or pin4, then the card will be powered-on using the TTL to USB adapter. It does work although I noticed a warning in the U-Boot console. It is also widely recommended to add an extra power source for better usage ; that’s what the MicroUSB plug is for.

Plug the USB part of serial cable into the computer. Wait 3 seconds for the hardware to be recognised and driver to be loaded. Then, in a Terminal, issue one of those commands :

There seem to be a bug with the screen command. When you quit the first session and start a new one, the process will end up using 100% CPU and not being killed, ever. A hard reboot is required on the Mac :(

I also added a tee part to be able to capture what happens in a log file. Much better to later copy/paste operations.

To be able to see all the booting process, I went in this order:

The console then outputs the whole card and system boot process. You end up with a standard Debian/Linux login prompt. The default user is pi:raspberry. When logged in, switch to root using “sudo su -”.

From my testings, there are issues with using certains USB sticks as bootable device. I tried to use a Corsair FlashVoyagerGT which never was found by U-Boot ; although the booted Linux & OpenBSD system found them. Best bet is to install any system on the MicroSD card.

When you know nothing, you have to learn. So here’re the things I read.